Leavesden Hospital History Association "The Act of Caring is Heroic"

Want to join us?

Collection of Documents from the Hospital

Since 2009, I have collected a very large, and in some cases very rare, assortment of doucments which relate to the people, places and events that made up the Leavesden Asylum/Hospital from 1870 to 1995. These are being made available to the public so that anyone wishing to learn more about or research the operations of the hospital has as much information as possible, all in one place. I will be adding documents here soon so check back.

The annual inspection of the Leavesden Asylum by the managers of the Metropolitan Asylum District took place on Saturday. A number of the members of the Asylum Board proceeded by train to Watford, and thence drove the asylum, Abbots Langley. The asylum - opened October, 1870 - contains accommodation for 2,000 harmless insane patients - 900 males and 1,100 females. The Leavesden estate comprises 85 acres one rood, of which about 38 acres are under cultivation. The cost per bed, including purchase of land, is £9O 14s. 7d., and the present cost per head per day for maintenance and clothing patients is 7d. Under the guidance of Dr. John Bell Sedgwick (the chairman of the committee of management), the managers made a complete inspection of the asylum, commencing with the administrative offices, passing to the chapel, then through female wards, next the male wards, and finally overlooking the farm. Many of the imbecile patients seemed anxious for liberty, and, of course, thought they were perfectly sane. Their delusions took various forms, such as imagining that they were wrongfully detained for interested motives, or complaining oftheir treatment, though it was evident that there was no ground for such complaints. One man wished to get "a situation outside," remarking that he would be steady. At a luncheon which subsequently took place under the presidency of Dr. John Bell Sedgwick, the health of Sir E. H. Galsworthy, the chairman of the Metropolitan Asylums Board was proposed, and it was pointed out, Sir E. H. Galsworthy being present, that this was the first institution under the management of the board, that he had visited since he had received the honour knighthood. Replying to the toast, Sir E. H. Galsworthy said he regarded the honour conferred upon him as due to hie official position, and all could say was during the time he had been connected with the board had done his best, as he should continue to do. He proposed "The health the committee of management." He stated that the committees of the board worked hard, and he went on to say that the newspapers occasionally made mistakes, even going as far as the Islington guardians to accuse the board of extravagance. The managers thought that the work was done economically, and that a great deal of public benefit was derived from the operations of the board, and they were satisfied. No one could examine such an institution as that without being satisfied with the admirable results. - The toast was responded to Dr. Sedgwick, who said that it was the desire of the committee to carry out the wishes of the board and to endeavour to promote the wellbeing of the miserable persons committed to their charge. Other toasts were given, reference being made to the excellent staff of the institution, and the care bestowed on the poor inmates.

Stewards Report Book - 31 July 1895 to 14 June 1899
During the early days of the Leavesden Asylum, the job of maintaining and managing the physical structure of the hospital, the bricks and mortar, as well as the 20 acres of landscape gardens and the 44 acres of the Home Farm, fell to that of the Chief Steward. Today these duties would be the responsibility of the Facilities, Premises, or Estate Manger.
This is the record made by Henry Chapman who worked as the Chief Steward of the Asylum from around 1895 to 1903.
Stewards Record Book - Edited - 28-12-20[...]
Adobe Acrobat document [18.7 MB] 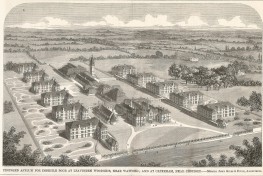 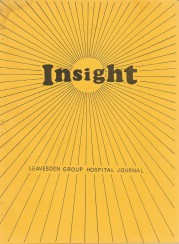 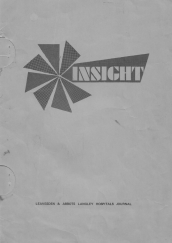 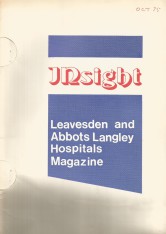 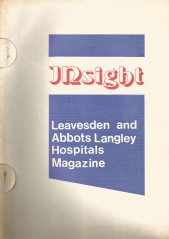 Pat Allen Essay - 1979
Patricia (Pat) Allen was studying for her Ordinary National Certificate in Business Studies at St Albans College and selected to do her essay on the operations of the Leavesden Hospital. It is a detailed accounting of the inner workings of the institution in the 1979.
Pat Allen Essay -1979 - Pages 1-137 - wi[...]
Adobe Acrobat document [48.5 MB] 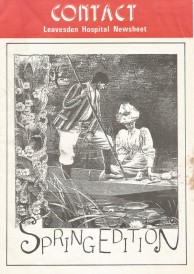 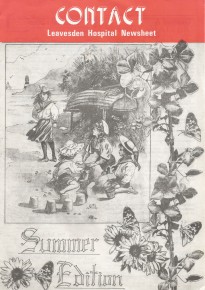 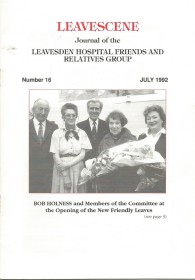 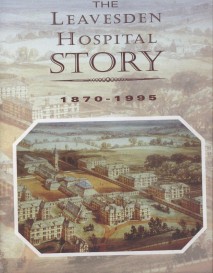